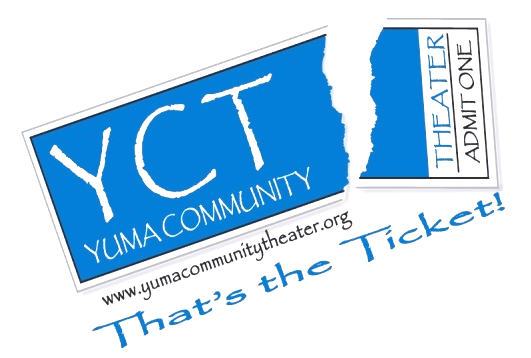 Yuma Community Theater (YCT) began performing in Yuma in 1980 when it was founded by its original members. YCT was incorporated in 1983 as a 501(c)3 with the IRS in the State of Arizona. According to the State records, it is the oldest continually operating community organization in Arizona.

YCT markets its productions throughout Yuma county to all ages and economic groups by way of public service announcements, newsletters, and emails to its members, advertising in newspapers, magazines, and radio, as well as public appearances donated by the media. All actors and members are volunteers from the local community who are interested in helping preserve and promote live theater in Yuma, Arizona. Audiences are comprised of a diverse mix of residents and seasonal visitors who enjoy seeing their friends and neighbors present live, local theater productions.